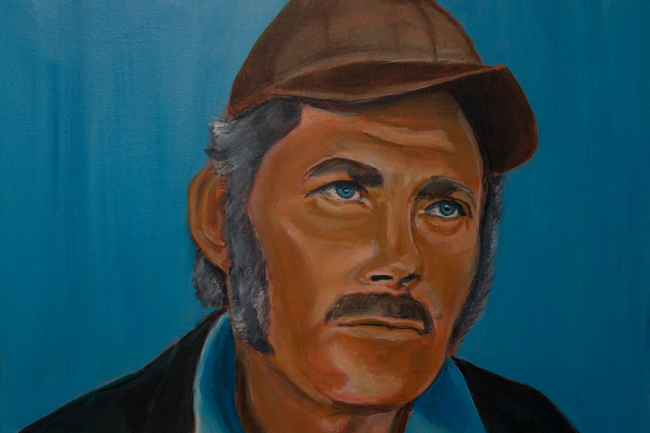 After using oils for many years, an introduction to an art instructor led to an attempt at acrylic painting.

The teacher and gallery owner, who specialized in celebrity portraits, encouraged the selection of a recognizable figure as the subject.

As a horror movie fan, it was an obvious choice: Robert Shaw, who played Quint in “Jaws.”

The experience of painting with acrylics was in somewhat contrast to the familiarity of working with oils. Acrylics dried much faster but if layered too quickly would pull the bottom coating of paint up, creating divots on its surface. To bring the character to life, a series of “washes” were applied in which light or dark would be added to the canvas through a mixture of water and paint in order to create a three-dimensional effect.

The painting took several classes to complete but the process was both educational and enjoyable and the piece was later shown with two others in the series at The HeARTspot Art Gallery.